Breakdown by Agency of RCR files involving a breach 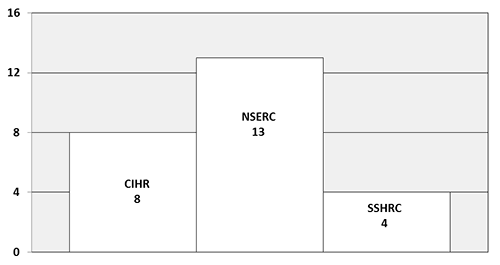 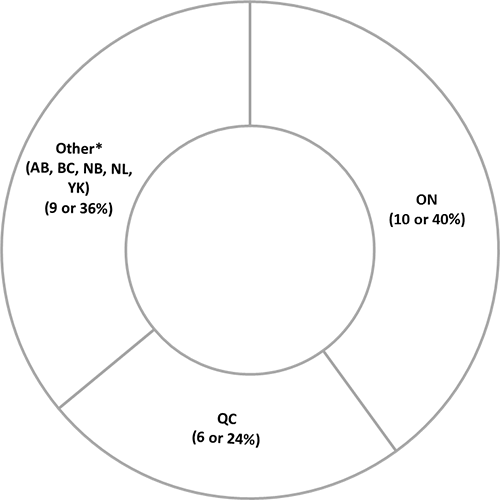 *Provinces with four or fewer RCR files involving a breach are included in this category to maintain the confidentiality of the parties involved. 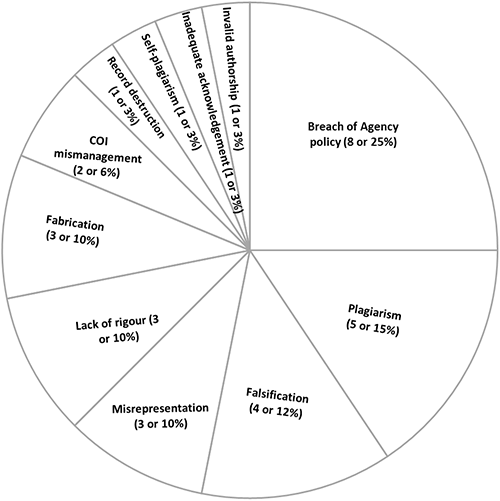 Of the 25 closed files in which a breach was confirmed, 32 breaches were substantiated. Some files involved more than one breach.

Types of recourse imposed by the Agencies 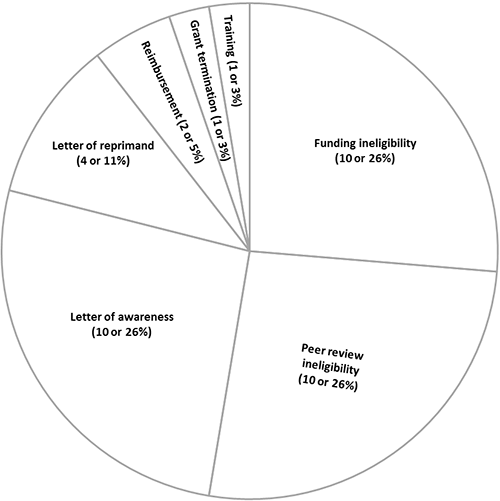 Of the 25 closed files in which a breach was confirmed, 38 recourses were imposed. There may be more than one recourse per breach.